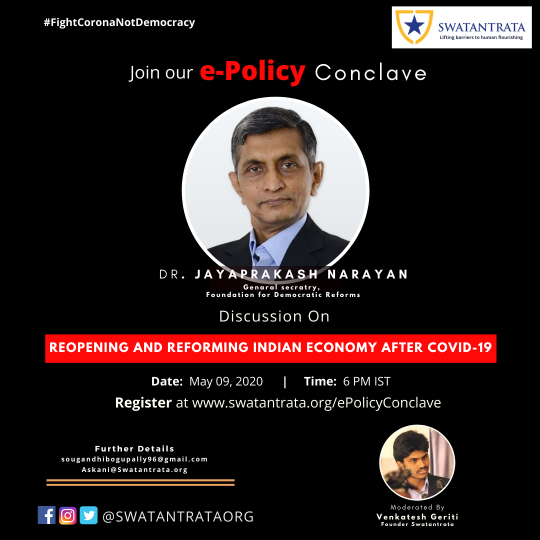 India is reopening! We are too little thrilled to start our lives after the partial end of the Covid19 lockdown. In the phase reining the economic damage caused by Covid19 disruptions, anxiety clouds the outlook admits the lack of business slowdown and fall of informal sectors.  We at our E-Policy Conclave provide analysis on the current economic system and try to bring a perspective of the Future Outlook as a response to the crisis.

Swatantrata believes that there is an urgent need to look Covid19 in a more comprehensive and integrated manner. Swatantrata brings together various policy, development practitioners and researchers to discuss the current COVID19 pandemic. On our platform we will be hosting weekly E- Policy Conclave (Pandemic Series) which aims to explore various topics such as Ethical and Legal Considerations in Mitigating Pandemic, Revamping Health Care System in India, Civil Society and NGO’s Response to the Pandemic, Best Policy Practices in the Era of Pandemic and Cherishing the Values of Life, Liberty and Property.

Speaker of the week 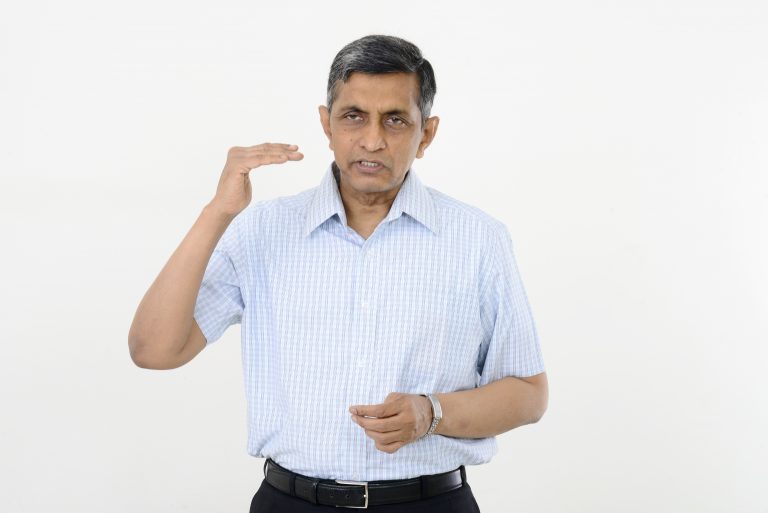 Dr. Jayaprakash Narayan is a physician by training who went into the Indian Administrative Service in the aftermath of the Emergency and failure of the Janata Experiment. He was a topper in the IAS exam. During the 16 years of distinguished public service in various capacities, he acquired a formidable reputation in the erstwhile State of Andhra Pradesh. His experience in government convinced him that faulty governance process was the biggest hurdle to India and Indians achieving greater success. And what India needs today is a fundamental change in the rules of the game and not a periodic change of players. In order to translate his vision into practical reality, he resigned from Service (IAS) in 1996, and worked with like-minded colleagues for the formation of Lok Satta. Lok Satta has now emerged as India’s leading civil society initiative for governance reforms. Dr Narayan, through Foundation for Democratic Reforms, Lok Satta movement and other fora has been actively pursuing reforms in service guarantees in government offices, education, healthcare, local government empowerment, judicial and police reforms, various anti-corruption measures, and political reforms to transform governance, particularly at state and local levels.