On July 24, 1991, amid economic crisis and political turmoil, a budget speech changed the course of Indian history.

After decades of socialist planning, India’s finance minister Manmohan Singh announced the country would embrace markets. It was a change that would lift a quarter of a billion people out of poverty in the decades that followed, and leave no part of Indians’ lives untouched.

Yet three-fifths of all Indians have been born since 1991. Having not experienced the crisis, nor the socialist regime that preceded it, they are unfamiliar with the dramatic impact of the 1991 liberalization and the lessons it holds for India’s future. On its 30th anniversary, Mercatus center seeks to revive the ideas and policies that can continue to foster economic growth in India.

On the 30th anniversary of the budget speech that liberalized India from socialism, Mercatus Center at George Mason University announce The 1991 Project. A year-long project to revive the discourse on growth-centered economic ideas to unleash the next stage of reforms.the1991project.com

Here is Sruti Rajagopalan’s Lead essay describing life under socialism in India, the 1991 reforms, why they matter, and the way forward in the quest for economic freedom and growth in India. https://www.the1991project.com/…/shruti-rajagopalan.html 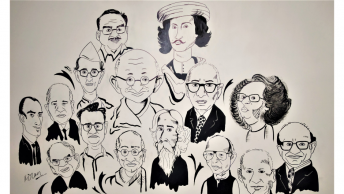