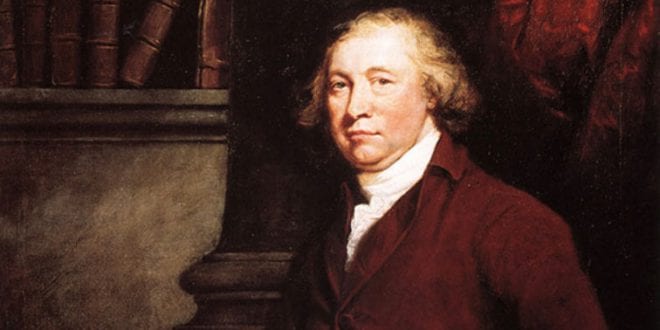 Leonard Read, founder and long-time soul of the Foundation for Economic Education, incorporated useful insights from others wherever he could find them, peppering quotations throughout his work.

I am often criticized—in a friendly way—for so copiously quoting those whose wisdom is far superior to mine, Edmund Burke, for instance…why not share the wisdom of seers—those who have seen what most of us have not—with freedom aspirants!

So as we mark Burke’s January 12 birthday, consider some of Burke’s words that Leonard Read found worth sharing:

Leonard Read quoted Edmund Burke in roughly two-thirds of his books. And when you consider those quotes in connection to Read’s work, you can see why he esteemed Burke so highly and reflected many of his views.

In The Path of Duty, Read commented on Burke’s views of the American experiment in liberty:

He was sympathetic to and promotive of the American colonies and had no hesitancy in proclaiming his position…seeing into the future: America, home of the free and land of the brave! Here was found the purest practice of freedom in world history, and Burke’s support was based on ‘enduring principles and for immortality.’ In my reading of history, never before or since his time has there been a greater statesman.

In The Freedom Freeway, Read said Edmund Burke saw the solution for disunion more clearly than anyone else, citing this passage:

Men are qualified for civil liberty in exact proportion to their disposition to put moral chains upon their own appetites; in proportion as their love of justice is above their rapacity; in proportion as their soundness and sobriety of understanding is above their vanity and presumption; in proportion as they are more disposed to listen to the counsels of the wise and good, in preference to the flattery of knaves. Society cannot exist unless a controlling power upon will and appetite be placed somewhere; and the less of it there is within, the more there must be without. It is ordained in the eternal constitution of things, that men of intemperate minds cannot be free. Their passions forge their fetters.

Gary M. Galles is a professor of economics at Pepperdine University. His recent books include Faulty Premises, Faulty Policies (2014) and Apostle of Peace (2013). He is a member of the FEE Faculty Network.

This article was originally published on FEE.org. Read the original article.